Tim and Laura are Pillar To Post franchise owners based in Crown Point, Indiana. Originally from Lansing, Illinois, Tim is a licensed inspector, ACI (ASHI Certified Inspector), and also holds licenses for WDI, radon testing, and radon mitigation. He received his Bachelor of Science degree in Accounting from the University of Illinois at Chicago and has a background in various construction trades, as well as business consulting and accounting. Tim is also a licensed continuing education instructor for the State of Indiana and teaches CE classes on home inspection topics to Realtors throughout Indiana.

Laura is originally from Iowa and earned a Bachelor of Arts degree in Communication Studies, International Business, and Spanish from the University of Iowa. She is an integral part of the business operations and marketing initiatives for their local Pillar To Post franchise and can often be found at local realtor or networking events or stopping in at real estate offices around NWI.

Outside of the office, Tim and Laura are also parents to their three young daughters, Avery, Dylan, and Haven, and love spending as much time with them as possible. Tim also enjoys building furniture, watching sports, and coaching some of his daughters’ local youth sports teams. Laura is a very gifted cook and baker, and can also be found donating her time and energy to volunteering with some local non-profits. 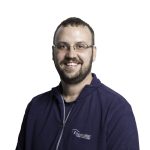 Brett was the first inspector to join the Tim James Team, coming on board in 2016, and now leads our inspection team as our Inspection Operations Manager. He is originally from the Crown Point area, where he currently resides, and he attended Purdue University. In his spare time, he enjoys spending time with his wife and daughter. Brett and his daughter raise goats for local fairs and on the weekend, you can usually find him at the farm. Brett also loves attending concerts with his friends and family, and is an avid Cubs fan, and tries to catch as many games as he can. 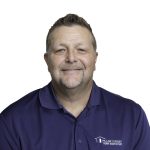 Mark was born and raised in Chicago and has lived in Northwest Indiana for over 20 years. As a father of three and a grandfather of two, he enjoys spending time with his wife and family. He also likes to play golf whenever possible and enjoys being outdoors where you can find him fishing, hiking, or camping. Additionally, he is a skilled guitarist who has played with his church’s praise band for many years. Mark was an inspector with our team for more than a year before taking over the responsibilities of all our additional services. He still maintains a full inspection license and assists with inspections, but his primary responsibility is handling all of the radon testing, well water testing, and other environmental testing that our team does for our clients. 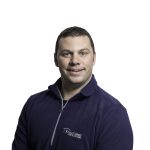 Tim is originally from Northwest Indiana and currently resides in Crown Point with his wife and his two children, a son and a daughter. Tim serves our community as a full-time firefighter and paramedic for the town of Portage and joined our team as a part-time inspector in 2016. A graduate of Purdue University, he also has a Bachelor’s degree in Construction Management Engineering Technology. In his free time, he enjoys going to concerts and baseball games, traveling, and competing in races, including 2 Ironman competitions. 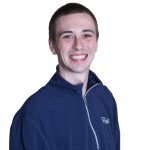 Originally from Northwest Indiana and currently residing in Crown Point, Jeremiah has home inspections in his blood, as his father is also a home inspector. He spent a number of years apprenticing with his father before becoming a licensed home inspector himself and joining our team. In his free time, Jeremiah enjoys playing hockey with his friends, and he also loves catching Chicago Blackhawks and Chicago Bulls games, as well as traveling with his wife 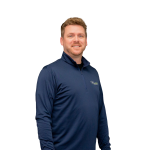 Dave is originally from Munster and currently lives in Crown Point with his wife and two daughters. Prior to being a home inspector, Dave worked for many years in insurance, and he still works as a DJ for weddings and other events. He is also a long-time coach and referee for various Crown Point youth soccer teams. In his spare time, he enjoys golfing, playing poker, cooking, and grilling out. 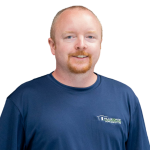 Aaron is from La Porte, where he still lives with his wife and their two beloved dogs. He has a degree from Ivy Tech and was an electrician for more than 16 years before joining the Tim James Team. He is a huge Colts fan and enjoys grilling out, playing cornhole, having bonfires, and kayaking in his time off. 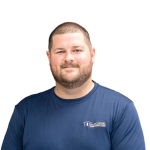 Originally from Huntington, Indiana, Quinton now resides in Valparaiso with his wife, Cailey, where they have lived for the past six years. He graduated from Manchester University with a major in sales and marketing. In his spare time, Quinton loves traveling with his wife, golfing, woodworking, and camping. He is an avid Colts fan and tries to make it down to Indianapolis for a few games each year. Before joining our team, Quinton was actually a Pillar To Post client, as we inspected the home that he and his wife purchased! 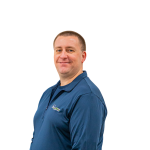 Bob is from Chicago Heights but currently lives in Winfield with his wife and their three children. Besides working for Pillar To Post, Bob has been a firefighter for nearly 20 years. As part of the fire service training, he has studied building construction, and he has worked for fire departments in both Illinois and Indiana. He is a huge Cubs fan, and in his spare time, you can find him coaching his children in sports around the Crown Point area. 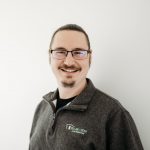 KC was born and raised in Michigan City, where he still resides with his girlfriend and their four cats. He is a technology enthusiast and loves learning about the newest tech trends. In his spare time, KC enjoys going to concerts, going fishing, and hitting the golf course 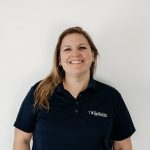 Cathy is originally from Illinois but has been a resident of NWI for almost 20 years, where she lives with her husband and two children. She is a great DIY-er and has done many of her own remodeling jobs around her own home. In her free time, she loves bird watching, camping, hiking, and being outdoors. She also loves getting to spend time with her family and her dogs. Fun fact – at the time that Cathy obtained her license, she was one of only six female licensed home inspectors in the entire NWI area! 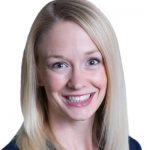 Megan is from Lansing, Illinois, but has lived in NWI for many years and currently resides in Valparaiso with her husband, two daughters, and three sons. She attended St. Xavier University and has a Bachelor degree in Clinical Counseling and Psychology. She is very interested in fitness and nutrition and is a self-proclaimed foodie who enjoys traveling with her family. She also enjoys decorating her home, including the huge renovation she and her husband did on their home in Valpo. 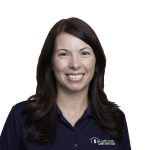 Jennie is originally from Calumet City, but has lived in Northwest Indiana since about 2000. She attended South Suburban College. Besides working for Pillar To Post, Jennie is also a Zumba instructor and has a lot of fun teaching her classes to other local fitness enthusiasts. She also enjoys spending time with her husband and their two sons, watching her sons compete in BMX racing, hiking, and traveling. 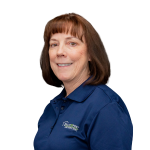 Ellen is from Chicago and currently lives in Griffith with her husband, Dave. She has four children and five grandchildren that all live locally, and she enjoys spending time with them as often as much as she can. She is a huge Blackhawks fan and watches games whenever possible! Ellen also loves dogs, scrapbooking, reading, and taking walks outdoors.